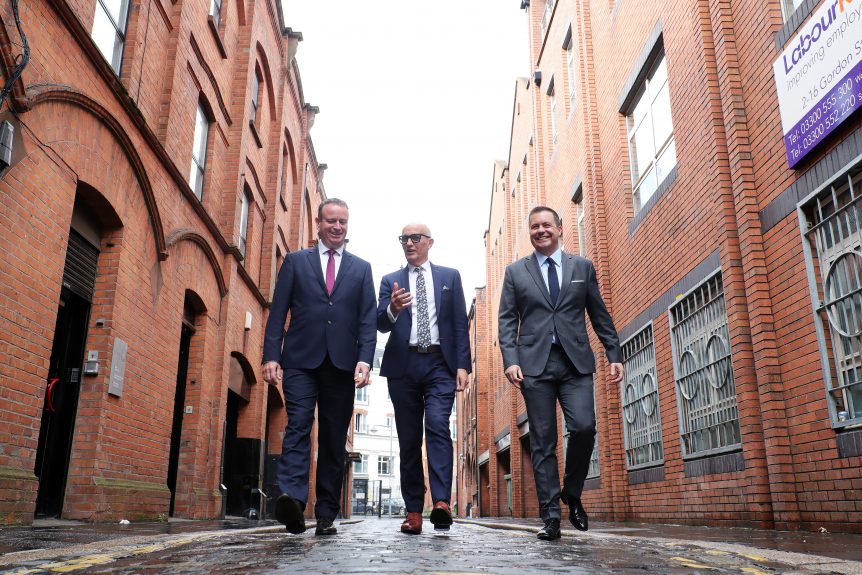 Trade NI the alliance of the three largest trade bodies, Retail NI, Manufacturing NI and Hospitality Ulster, is set to host a significant Northern Ireland showcase event in Westminster today to over 200 guests which will include representatives from 50 Embassies from around the world.

The event will be addressed by several senior Government Ministers and will highlight why Northern Ireland is the ideal location to live in, invest in and do business in.

The pitch brought forward by Trade NI, and hosted by Northern Ireland Minister for State Conor Burns MP, will hear from Ministers, Senior Shadow Cabinet members and business leaders on why Northern Ireland is uniquely placed and presents a whole host of economic and investment opportunities.

The event is sponsored by Heathrow Airport, DWF Law and Queen’s University Belfast.

“The past two years have been monumental for the business community as we have battled the pandemic, changes due to the Protocol and the collapse of the Executive once again. We hope that the reception hosted on the Terrace of the House of Commons will be a wake-up call for politicians and UK business leaders that Northern Ireland is here and open to do business.

“The reception is a showcase on why this region is primed for new opportunities to grow and prosper. We have some of the best talent, best environment and best products available on the global stage, and now is the time for this to be recognised and properly activated on an international scale.

“In 2019, we held an NI business reception that brought together the Northern Ireland Secretary of State, Lords, Ministers and key political influencers in Westminster to bring focus to Northern Ireland issues. This was a great opportunity to be able to discuss the key concerns of the business community with national political decision makers and help them understand the priorities needed for Northern Ireland, and to promote Northern Ireland as a great place in the United Kingdom to locate or start a business.”

“The event this year will further develop these crucial links and remind politicians and the wider business community of Northern Ireland’s capability as a central cog in the wider economic output of the UK.”

“I’m delighted to sponsor this event in the Houses of Parliament, bringing together businesses, councils and key sectors from across Northern Ireland.

“Northern Ireland has so much to offer to the rest of the world, and the UK Government is committed to supporting this economic development and  shining a light on its potential as a fantastic place to live, work and do business.”

“Heathrow is thrilled that we can once again support Trade NI. The mission of the Northern Ireland reception echoes Heathrow’s commitment to connect Northern Ireland to global growth and to share the benefits of an expanded Heathrow with the businesses and communities of Northern Ireland.”

“DWF is proud to back Trade NI, who are leading the way in engaging and focusing Westminster politicians on the importance of Northern Ireland and its evolving business landscape. The region has a strong business community and should be considered across the United Kingdom as a thriving business hub for the global market.”

“Queen’s are pleased to support Trade NI who undertake excellent work in representing the local businesses sector across Northern Ireland. Trade NI is an excellent example of partnership and collaboration with three leading business bodies, Retail NI, Manufacturing NI, Hospitality Ulster working together to strengthen the voice of Northern Ireland regionally, national and globally. Building on this with even greater collaboration and partnership throughout  both the civic and business sectors will deliver real impact for our region.”